God delights to answer our prayers.

This morning I woke up feeling rather homesick and dealing with feeling of loneliness. I very simply said to God, "A hug would be really nice." The day went on. I went over to the laundromat to wash a load and brought a couple tasks to work on. I had hoped it would be empty because I wasn't wanting to be around people, but alas, there was a family there as well, including a little boy and his sister. They were adorable. It troubled me how their father kept shushing them when they'd try to speak with me, just saying "hi, what are you doing?" I'd smile at him and wave at him when he'd look at me across the room. Very few words were said between us because we were both afraid to upset his dad, but when his dad walked out to load up the car and said "let's go," that little boy ran over to me and caught me totally off guard when he threw his little arms around my neck and said "goodbye!"

God delights to answer our prayers.
No comments:

No More Consciousness of Sin

Being sin-conscious will keep your eyes on yourself and cause you to walk in condemnation & to strive to become righteous. You will constantly be fixed on NOT sinning rather than being free to chase good works! Avoiding sin is not the same as good works. Our good works are only good if they come from a grateful heart that seeks to bless the Father rather than a heart that is bent on appeasing His wrath. It might seem a humble thing to constantly remind yourself of your sinfulness, but it's really the opposite because it's focused inward. True humility looks outward, away from self, into the precious face of Jesus. When we stay our focus on the good works of Christ we lose consciousness of ourself, including all our sins. We are focused on LIFE rather than DEATH and what we focus on is what we will produce (Proverbs 23:7).
When we think, or act, as though we can somehow make offerings for our sins, we reduce the blood of Christ to that of cows and goats. We imply that His blood was not enough for us, which certainly must break God's heart. 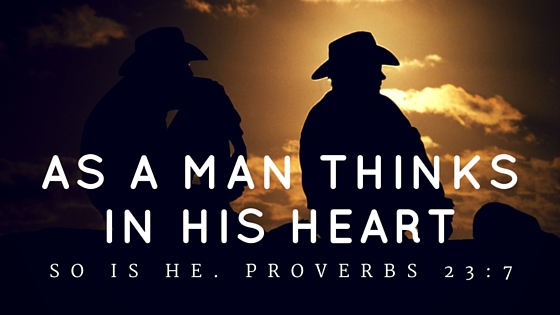 "For the Law which has a shadow of good things to come, not the very image of the things, appearing year by year with the same sacrifices, which they offer continually, they are never able to perfect those drawing near. For then would they not have ceased to be offered? Because the worshipers, when they had been once for all purged, would have had no more conscience of sin. But in those sacrifices there is a remembrance again of sins every year. For it is not possible that the blood of bulls and of goats should take away sins. Therefore when He comes into the world, He says, "Sacrifice and offering You did not desire, but You have prepared a body for Me. In burnt offerings and sacrifices for sin You have had no pleasure. Then I said, Lo, I come (in the volume of the Book it is written of Me) to do Your will, O God." Above, when He said, "Sacrifice and offering, and burnt offerings and offering for sin You did not desire, neither did You have pleasure in them" (which are offered according to the Law), then He said, "Lo, I come to do Your will, O God." He takes away the first so that He may establish the second. By this will we are sanctified through the offering of the body of Jesus Christ once for all. And indeed every priest stands daily ministering and offering often the same sacrifices, which can never take away sins. But this Man, after He had offered one sacrifice for sins forever, sat down on the right of God, from then on expecting until His enemies are made His footstool. For by one offering He has perfected forever those who are sanctified." Hebrews 10:1-14