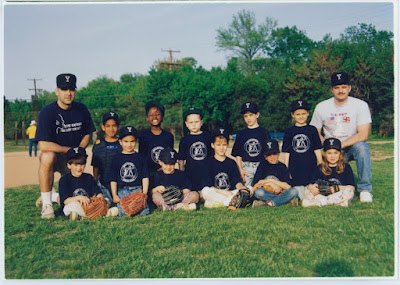 Things have been a bit crazy for me lately so that's why you haven't seen any real blogging this month. But here's an old baseball picture from my glory days. I miss it :(
No comments: 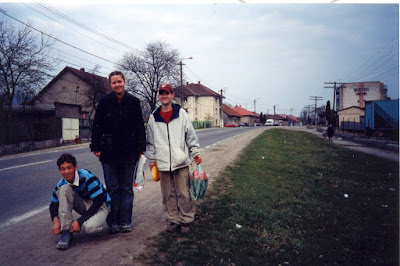 Ever been left on the side of the road in Romania with a bag of flowers and a loaf of bread?
3 comments: 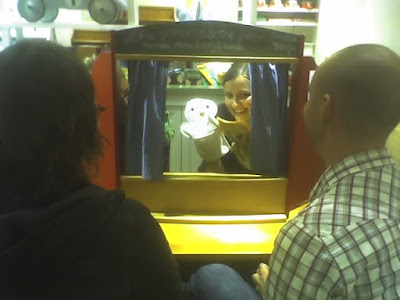 This is a mobile phone picture of Amy, Cheramie, & Gerod trying out a puppet stage for kids. That was a fun day :)
No comments: 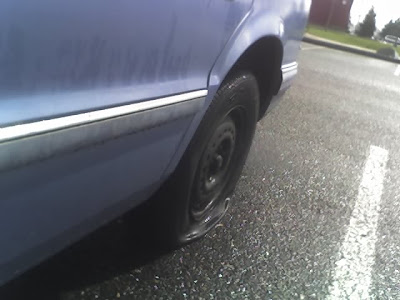 Double the pleasure, double the fun!

This is the one of the smartest things I've seen in a while - not to mention how cute it is! Thanks for sharing it with me Cherm! 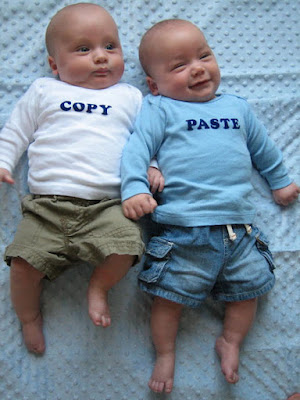 Sunday Sermon: The Parable of the 10 Drivers

I've been thinking lately about the return of our King. Will I hear the triumphant sound of the trumpet call? Will I be taken up into the sky before death has captured me? I don't know. What I do know is that I can keep watch. I can study to learn the signs of the end times and be alert to events of the world.

Matthew 25:1-13 tells us the parable of the 10 drivers. Remember that one? The King sent an invite to all the people telling them of a great feast. All they had to do was show up when they heard the announcement of the location. As soon as they heard, they were to drive over to meet him and party with him. It was going to be awesome! All 10 drivers were excited. They drove all over town to find right outfits and what sort of snacks they could bring and gifts they could offer their King. However, only 5 of the drivers were wise enough to remember to refuel their cars each time they went out. They even bought extra gas and kept it in the trunk. As time went by, the drivers grew weary of waiting and went back to their lives. Suddenly, the announcement was made! The 10 drivers jumped into their cars and headed to the party. Unfortunately, the 5 foolish drivers had very little gas and didn't get far. They tried to flag down the wise drivers to get some of their gas, but they told them they must get their own. By the time the 5 foolish drivers refueled and made it to the location, the doors had be shut on them. Sad day for the foolish drivers.

What's that? I got the parable wrong? That isn't how it goes? Hey, I'm just trying to be RELEVANT to my generation. So excuse me!

I'm pretty sure the boy scouts got their motto from this story. Always Be Prepared. Christ's return could be so much sooner than we think. It's been 2000 years and we are growing weary of all this 'waiting' but don't be a fool! He IS coming! What are we doing to prepare for his coming? Our we dressing ourselves properly (Colossians 3:12-13)? Are we treating each other well (Romans 12:10)?

How would we live tomorrow if we learned he was coming back in 24 hours? Would that last day be as intense as Jack Bauer's 24 hours? Would we check our Facebook? I challenge us all to live life with a sense of urgency. This could be your last breath - are you prepared for the King?
2 comments: 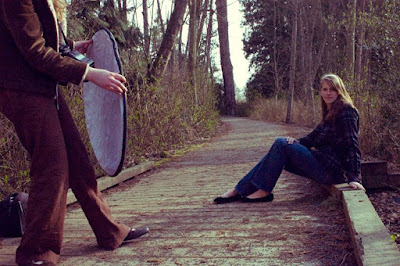 I've found that some bloggers have theme days. I'm going to give that a try and establish Photo Friday. This will be a day I share a photo or two from my albums and perhaps share a bit about it. Simple.

This particular photo was taken this week while doing some practice photography with a couple friends. I wish I had more willing subjects to shoot so I could practice more often. I gave it a bit of an older tarnished look just for some added style.
No comments: