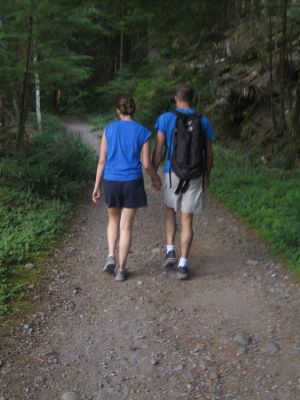 Another minister-leader in the Revolution was the Reverend James Caldwell. His church, the First Presbyterian Church of Elizabethtown, New Jersey, counted among its members such noted men as William Livingston, the governor of the state; Elias Boudinot, Commissary General of Prisons and President of the Congress; Abraham Clark, one of the signers of the Declaration of Independence; and more than forty commissioned officers of the Continental Army. In 1776 Caldwell was named chaplin of the regiment that was largely composed of members of his church. Later he became Assistant Commissary General.
Known among the troops as the "Soldier Parson," Caldwell was a zealous proponent of the partiots' cause. During one particular battle, near a battered Presbyterian church, the Americans had run out of wadding for their guns-a problem just as serious as having no ammunition. Rev. Caldwell recognized the perfect solution; he ran inside the church and returned with a stack of Watts' Psalms and Hymns-one of the strongest doctrinal hymnals of the Christian faith. (Isaac Watts authored hymns like "O God Our Help in Ages Past," "Joy to the World," "Jesus Shall Reign," and other classic hymns.) Distributing the Watts hymnals among the soldiers served two purposes: First, its pages would provide the needed wadding; second, it carried a symbolic message. In fact, Rev. Caldwell took that hymn book-the source of great doctrine and spiritual truth-raised it up in the air, and shouted to the Americans, "Give 'em Watts, boys!", the famous cry that inspired a painting of the same title.

[pulled from the book "Under God"]
No comments:

Yea!! It's my birthdate!
No comments:

After six and a half hours travelling time, we've made it back to Portland. Cherm and I will drive back in the morning.